Korean Air turned out to be a very pleasant surprise – good food, very attentive service, and the most ample entertainment system I have seen in economy class seats. But upon arrival at Seoul immigration, I was stopped, and asked to accompany the immigration officer to the border control office.

Nat was not allowed to come with me, and I have to admit I had a very nervous moment there. Or two. Or three!

As I sat in the office, a parade of immigration officials entered the room to stare and grunt at my passport and myself, each with more stars on his shirt than the one before.
Fortunately, after several hours of serious conversations and involvement of the German embassy we were admitted into the country and let free to roam the streets of Seoul.

What struck me in our 48 hours in Seoul was the juxtaposition of very traditional ways of doing things with high technology more advanced and ubiquitous than we have in the West.

Here you see a typical shot from the streets of seoul. 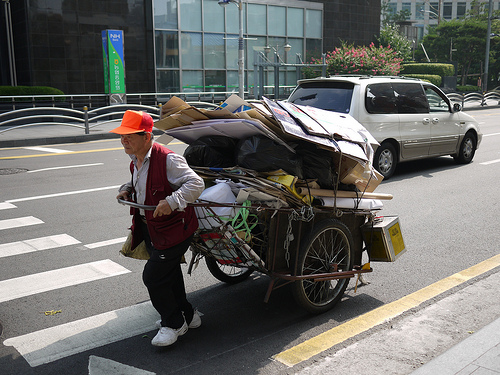 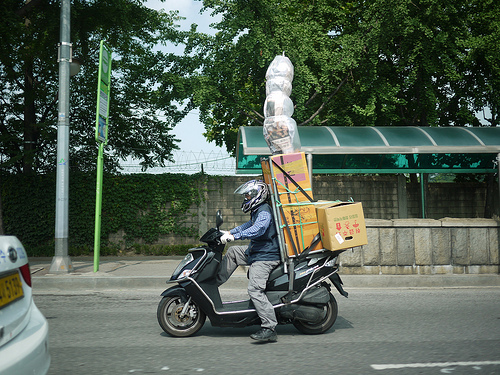 But for example after check-in at the airport you can hold your boarding pass against a scanner on a giant flat-screen, and up comes a beautiful interactive map that has a detailed explanation of the way to your gate.

I recorded a video which you can see below.

View all posts by stephaniefriedmansf