…we set off for a 2-day elephant trek through the jungle which was absolutely awesome; this was our elephant:

We did roughly 5 hours of elephant riding that day – broken up by a short lunch – in order to reach a waterfall somewhere deep in the jungle. This is the village from which we started – where the elephant “lives”, so to speak…

The intensity of colors and sounds while moving through the trees is amazing and becomes stronger and stronger the deeper you come into the jungle.

Sitting on an elephant also provides you with a whole different perspective. From way up there, for example, you are able to observe, and to pass through, many diverse spiderwebs with enormous spiders in them.

After a couple of hours I decided to ignore everything that fell or crawled on me with a diameter of less than 3cm… (yes, I know what you are thinking – and yes, I surprised myself as well …:-)

At one point the elephant suddenly stopped and refused to move any further. The elephant “driver” – this is what the locals call him in English – and our guide looked around, trying to figure out what the problem was, and then the guide pointed up to the tree right in front of us. 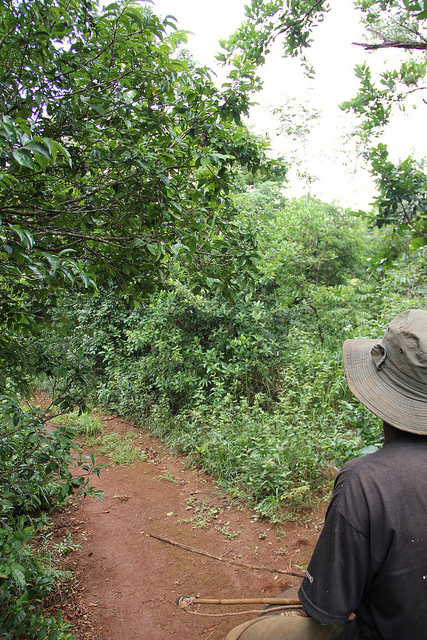 And there it was. A large green snake, perfectly camouflaged in the leaves.

By coincidence a local Bunong man was coming up right behind us in that moment and seemed quite excited to see the snake; he used his machete to cut a very long branch from a nearby tree, and then swung it violently at the snake… 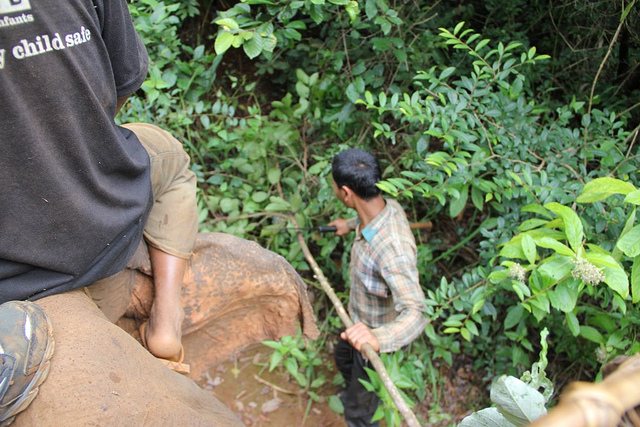 … so that it fell to the ground…

… and then – while staying far away with his long stick – killed it by hitting it several times, and then cut off its head with the versatile machete.

As he marched off with the decapitated snake, I called out and asked what his plans were with the snake; he grinned from ear to ear and said “soup!!!” 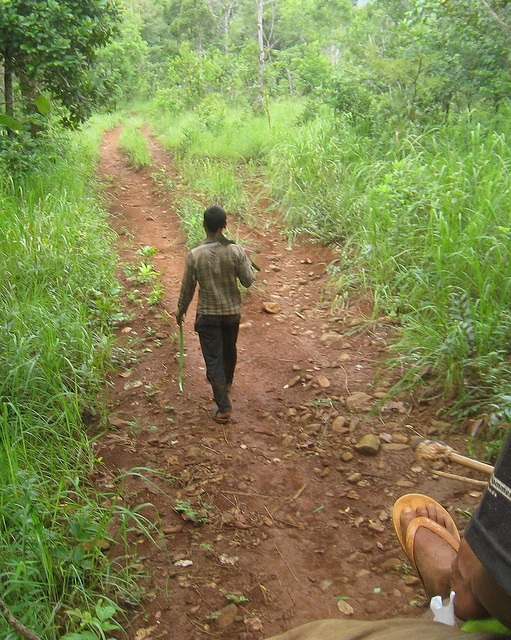 Later I learned that snakes are quite expensive here, so this was obviously a real catch for him.

Elephants are very intelligent creatures and it was fun to watch the elephant tackle all kinds of really difficult terrain. He can go up and down really steep, slippery, muddy hills, and we crossed several wide rivers with all four of us sitting on the elephant. 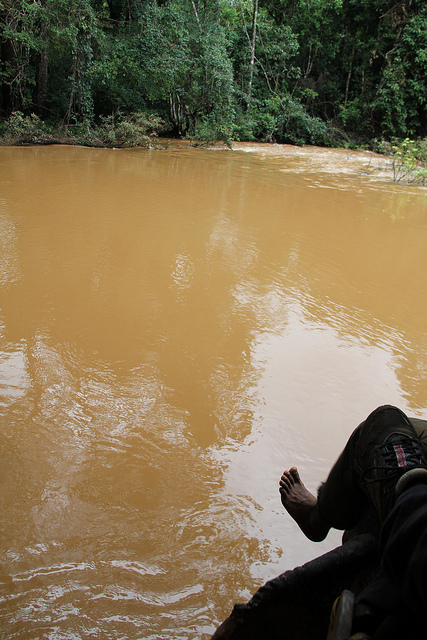 This is where we had lunch, and after 2 to 3 hours on the elephant I was happy to stretch my legs and walk around a bit. People live in this hut when they tend to the ricefields right around it. It’s basically a small farm right in the middle of the jungle, only accessible by a single track walking trail, and cut off by a river.

The night in the jungle was very exciting. We slept in hammocks covered by a mosquito net and completely sealed with zippers. With the number of creepy crawlies around us, that was a good thing to have 😉 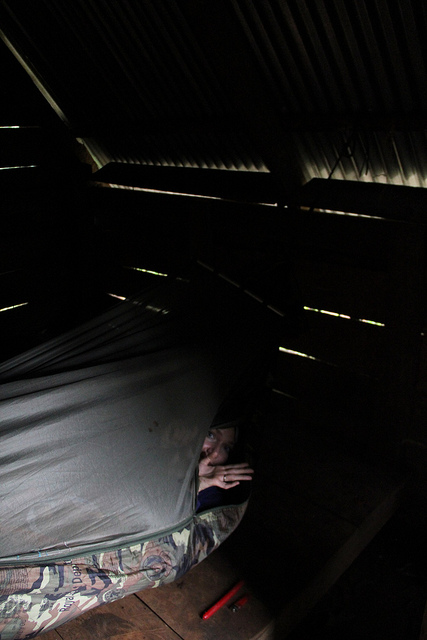 When Nat was putting up the hammocks he had to be very careful, as scorpions were sitting behind the wooden bars of the hut.

The guide used water from the river to cook some rice and vegetables for us – and we were extremely delighted to have a warm meal. Meanwhile it had started to rain very hard, and after 30 minutes our little hut was completely flooded with water. 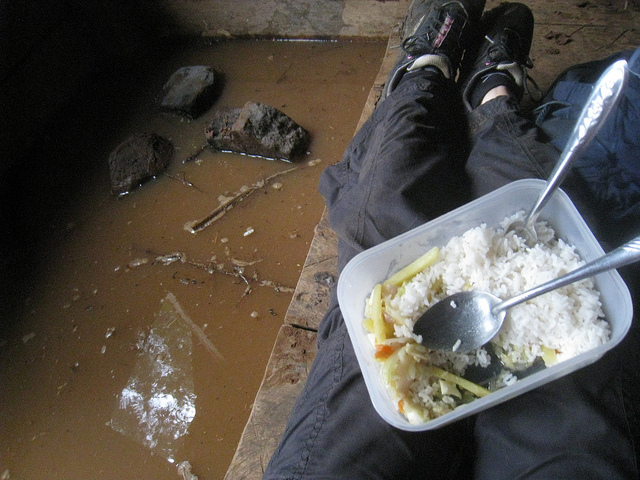 Surprisingly the jungle was probably one of the noisiest places I have ever slept. There were insects out there making noises like a chainsaw (I am not kidding…) and I have to admit I did spend a little time wondering whether we’d be visited by any tigers…

We got up with sunrise the next morning – and during our 5-hour journey back home we learned that our elephant was 105 years old. Born in 1905. What has this elephant seen in his lifetime….!

View all posts by stephaniefriedmansf

One thought on “Next Stop: 2-day Elephant Trek through the jungle in Mondulkiri”